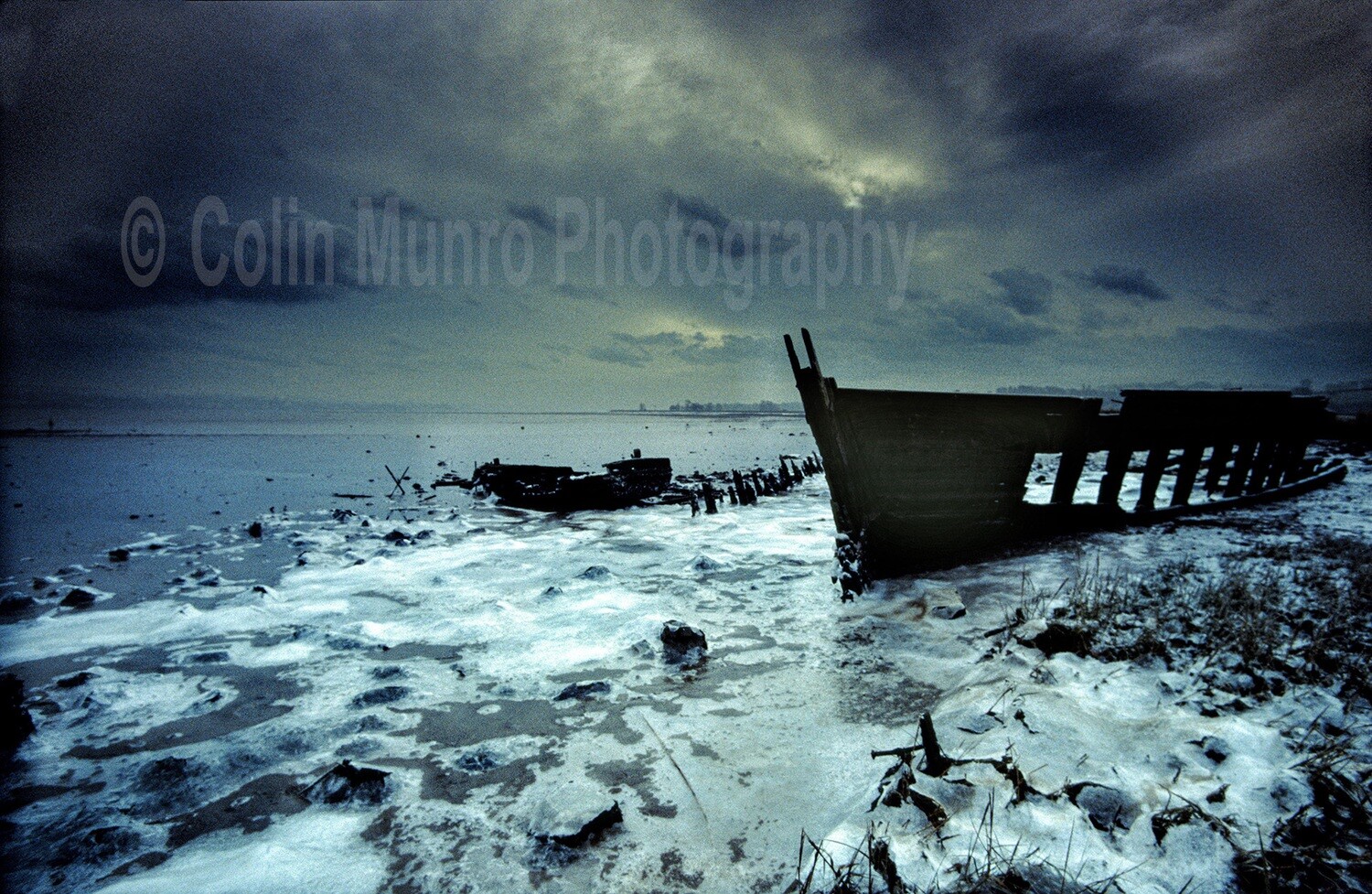 I took this photograph shortly before dawn on a bitterly cold winter's morning eleven years ago. This is the west bank of the Exe Estuary, where the Exeter Canal joins the meandering channel of the River Exe, roughly four nautical miles from the sea. Here the estuary is almost a mile wide, and at low tide the river is a shallow, narrow channel that meanders through wide mud flats. The name, and history of the old wooden wreck that lies here, close to the Turf Locks Pub, is lost in time. Each year it disintegrates a little more, and soon it will be no more. The temperature fell well below zero the previous night, and a thin layer of ice formed as the brackish water receded with the tide. But I knew the layer of ice coating the salt-laden mudflats would disappear very soon after the sun rose above the horizon. So I rose an hour before dawn to get there. This is a photographic image shot on film, not a modern digital camera. I took this with a Nikon F3 SLR, using Fuji Velvia film ISO 50, which is renowned for its rich colours and detailed images. Being film it shows grain in the image rather than sharp pixels.