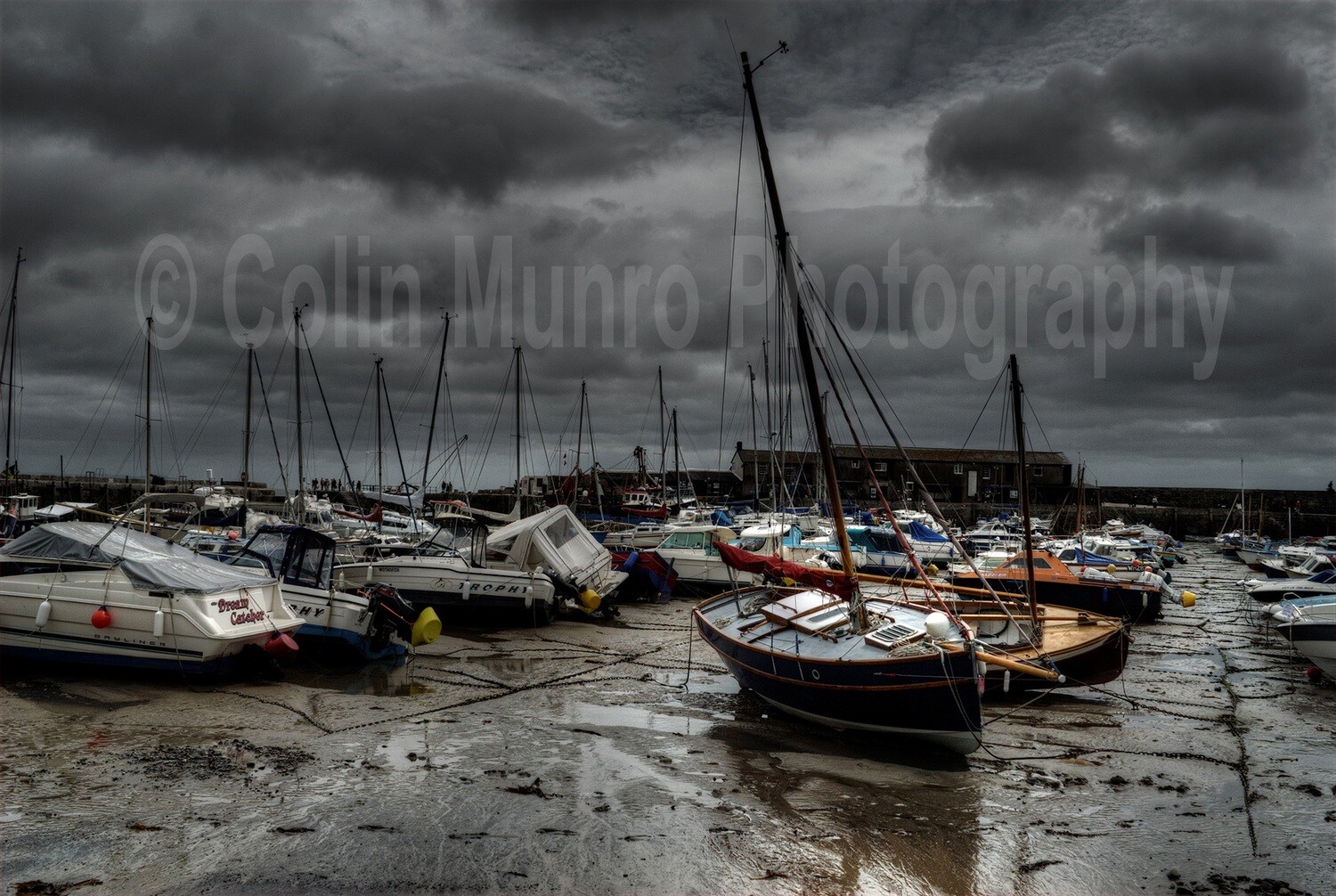 The Cobb, the old harbour wall in Lyme Regis, dates back to at least 1328. Lying just within the Dorset border, a stone's throw from Devon, the Cobb is first became famous through Jane Austin's novel Persuasion. More recently it featured in the film The French Lieutenant's Woman, where Meryl Streep memorably walked to the end of the Cobb (although there are rumours it was a stunt double in a cloak). The Cobb has also been a significant part of my life. for over 30 years I have conducted many hundreds of dives and trips on commercial fishing boats leaving from, and returning to, the Cobb. So I know each step, each small cafe and the surrounding waters very well. The Cobb is a drying harbour. At low tide, boats moored within the harbour sit on exposed sand. This limits the use of the harbour to smaller vessels. Only for a short time either side of high tide can boats enter of leave. I took this photograph in the summer of 2013. It had been a cool, blustery afternoon, and there was clearly a storm brewing as the sky was growing very dark. I had been hunting for fossils along the beach earlier with my son, and we were now enjoying coffee and chips on the harbour's edge before returning home.