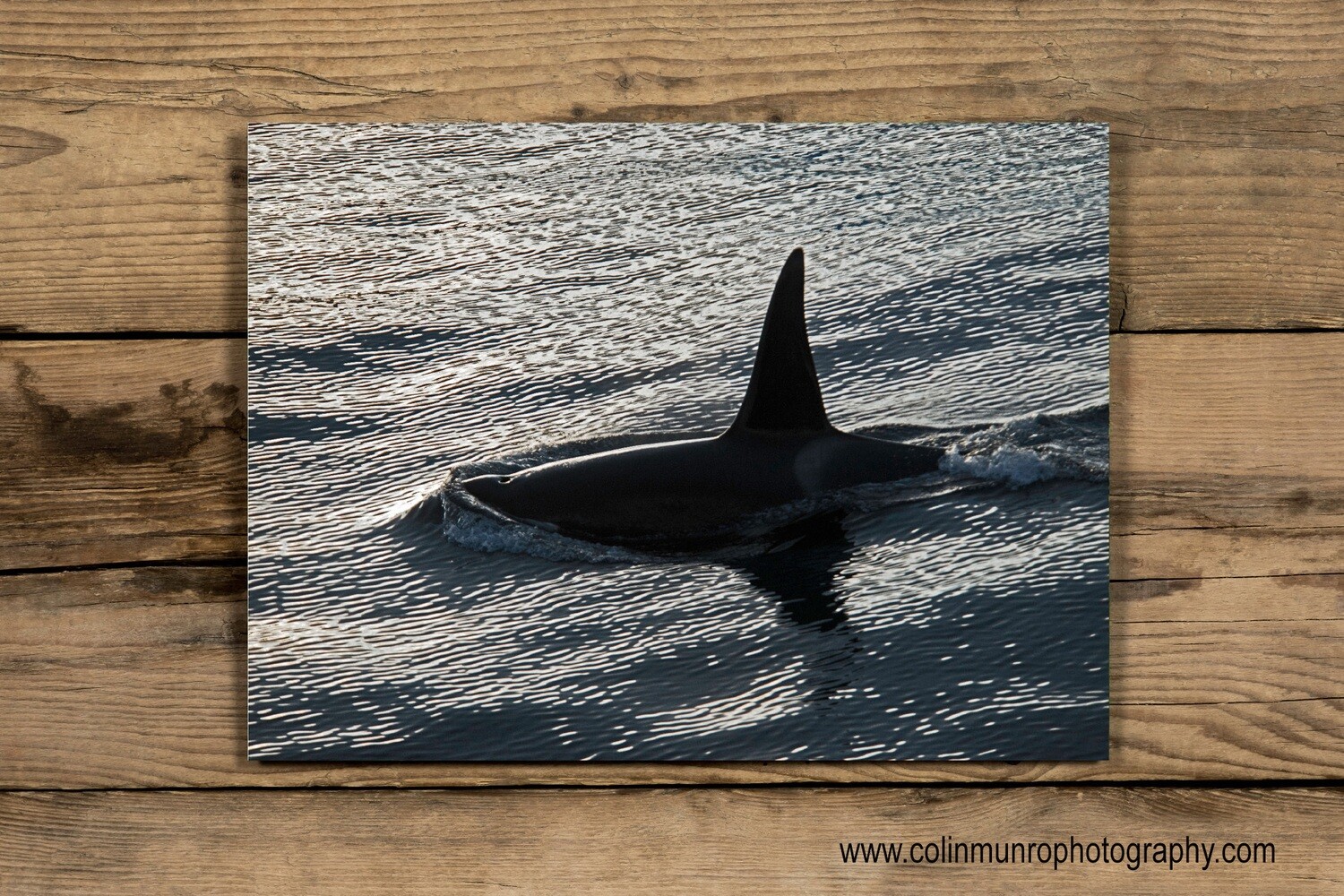 I think wildlife photography technique is often best discussed through examples. Orca are hugely impressive animals. They have come to symbolise power, intelligence, grace and - sometimes - ferocity. Often known as killer whales, largely due to the way they would attack harpooned baleen whales, or harry and gradually wear down larger whales in a similar fashion to wolves on land, they are in fact large dolphins. Few of us will not have seen the BBC footage of orca powering on to beaches in Peninsula Valdes in Patagonia to grab unwary elephant seals. The power of these animals is quite awe-inspiring. Large individuals may weigh up to 11 tonnes, and females may life to be at least 80 years old. We now think of orca as a highly variable species, or species complex, with up to nine different types recognised. Advances in science may eventually split these into sub-species, or possibly separate species.

I took this photograph a few miles off the coast neat the southern tip of New Zealand South Island. We were sailing from Stewart Island, the small, rugged island to the south of South Island, heading towards the city of Dunedin. It was a perfect evening in mid-November, summer in the southern hemisphere, around 8.30pm. The sun was already almost touching the horizon, creating deep shadows in the troughs of the ripples pushed along by the light breeze. The orcas approached our bow from the northeast, then passed close by on our port side. This was going to be the best shot I would get, before he disappeared towards our stern. However the low sun was directly behind him, casting his curved back and giant dorsal fin almost in silhouette. I had a couple of seconds to decide. I could ramp up the camera ISO and expose my shot to bring out the details on the orca's back, but doing so - shooting straight in to the sun - would blow out all detail in the water around him, or... I could do the opposite. I could aim for silhouettes and shapes, patterns and texture on the water. If this were a studio shot it would be termed 'low key'; but of course this was not a studio, there would be no posing, no running around with a hand held light meter, no test shots. I dialled down the ISO, ramped up the shutter speed, quick check of the viewfinder light meter .... focus... and click, click, click. And that was it. I watched as the dorsal fin slipped beneath the water, to reappear several minutes later, far behind us. The sun was dipping beneath the horizon, and the light was gone.