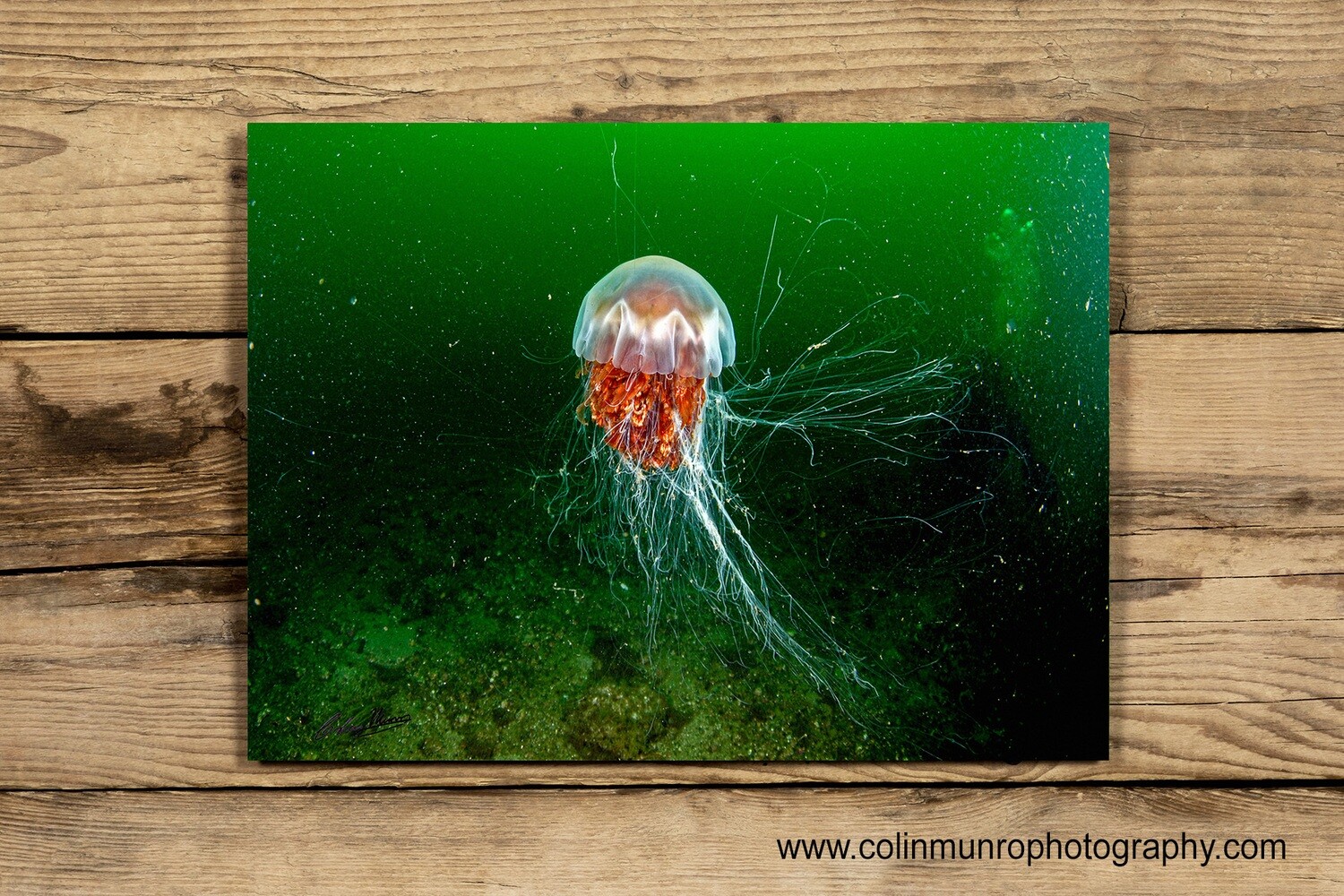 The lion's mane jellyfish (or jelly as they are often known now) can grow to be the largest jellyfish in the World. In Scottish waters (where I took this photograph) they mostly reach a maximum size of half a metre across, but in more northern latitudes individuals up to 2 metres across have been found. The tentacles pack a very unpleasant sting, having been stung many times I can personally attest to this. As the jellies drift the long, thread-like tentacles trail in the water below them. These may be up to 30 metres long, so in Scottish waters where 8 metres visibility is considered good, one can be stung without ever seeing the bell (the main body) of the jellyfish responsible. These jellyfish grow incredibly fast, starting off as tiny polyps attached to rocks, they break off as disc-shaped slices in spring, still measured in millimetres. By late August they are full size. Wind and current can often sweep large numbers of them together, and if you are a diver looking to ascend and looking up at large numbers drifting above you, then your chances of getting stung are pretty high.

I took this photograph at the end of August in 2010, in a shallow bay in the Firth of Clyde, West Scotland. The water was green with a slight plankton bloom, and visibility wasn't great. I got as close as I dared; I wanted to be slightly below the bell to get the lighting right but, of course, that's where all the tentacles are. Being chilly, Scottish waters I was wearing a thick hood and drysuit, but that still left my hands and face exposed. Despite the hazards they pose, I love seeing lion's manes underwater. The grace of those gently drifting tentacles is quite mesmerising.