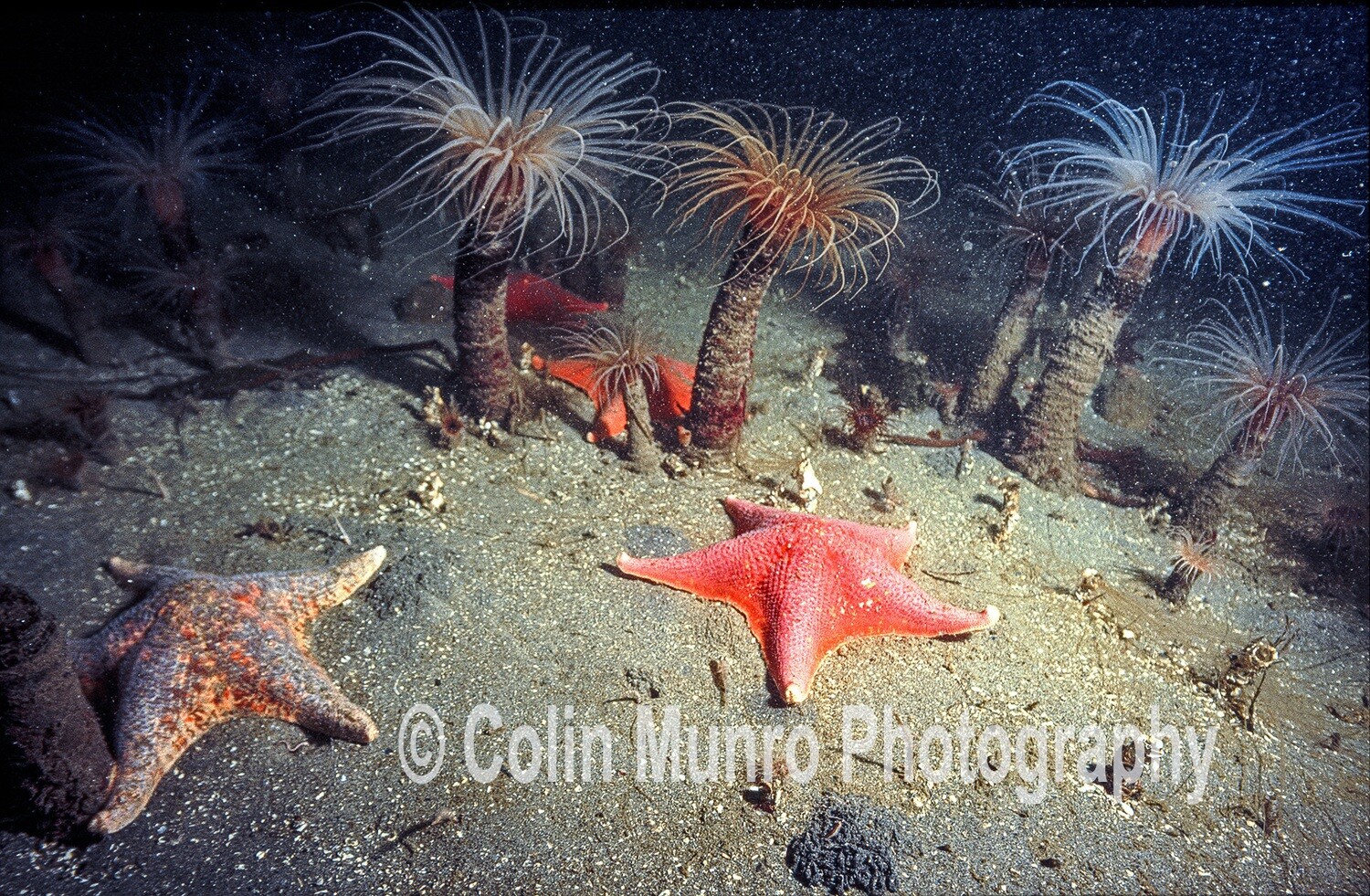 This photograph was taken by me during a visit to Southern California in 2001. La Jolla Canyon is a submarine canyon that starts in La Jolla Bay, near San Diego. A few hundred metres offshore, the seabed starts to descend rapidly, reaching a maximum depth of 180 metres. In the sediment slopes of the canyon live many species not encountered at shallower depths.
This picture shows a cluster of tube anemones, Pachycerianthis fimbriatus, forming a canopy rather like a miniature woodland at around 30 metres depth. Divers familiar with Scottish sea lochs or Norwegian fjords will recognise the similarity to our own fireworks anemone, Pachycerianthus multiplicatus. Scavenging bat stars ( Patiria miniata, formerly Asterias miniata) meander between anemone columns. I took this photograph almost two decades ago (end of 2001) using a Nikonos V camera, 15mm lens and single SB102 flash on manual, with homemade diffuser. The film was Fuji Velvia 50 slide, which I then developed at home. The slide was scanned, using a dedicated Minolta slide scanner, to produce a 35.5 megapixel image.