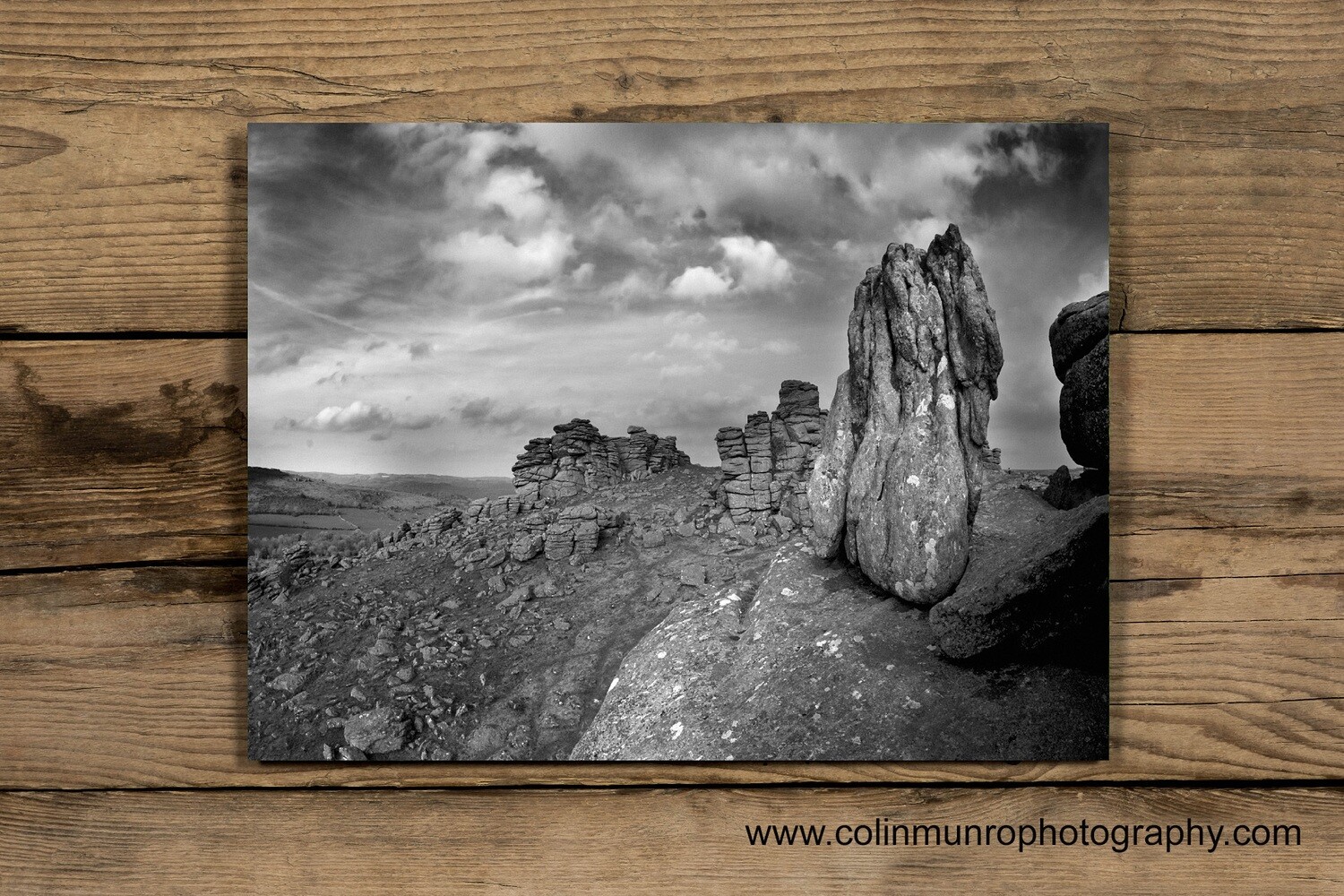 I have spend a great many days hiking and camping on Dartmoor during the past 35 years. It is still a place that inspires me every time go. Of all the images I have taken in this time,tThis Hound Tor Dartmoor Fine Art print is one of my favourites. Hound Tor is one of the more imposing tors on Dartmoor. The rugged granite slabs, rising up from the surrounding moorland, can appear to look like the heads of dogs from certain angles (with a little imagination) and this is suggested as the origin of the name. Local legends about the tor include tales of packs of hounds turned to stone. Hound Tor is also suggested as one of the inspirations for Sir Arthur Conan Doyle‘s famous novel The Hound of the Baskervilles. Tors are outcrops of rock rising about the surrounding land. Those on Dartmoor were formed a little under 100,000 years ago, when the overlying slate and sandstone eroded away. The perpendicular fracturing is a very distinctive feature of these granite tors. I took this photograph in spring of 2016, at the end of a day’s rock climbing with my son and a friend. We had camped out on the moor the previous night, in order to get an early start on the rocks. So it was with weary legs we walked back down the rock strewn side of the tor. But with the other climbers gone, and the view and the light just right, I just had to stop, drop my pack, and drag my camera out.