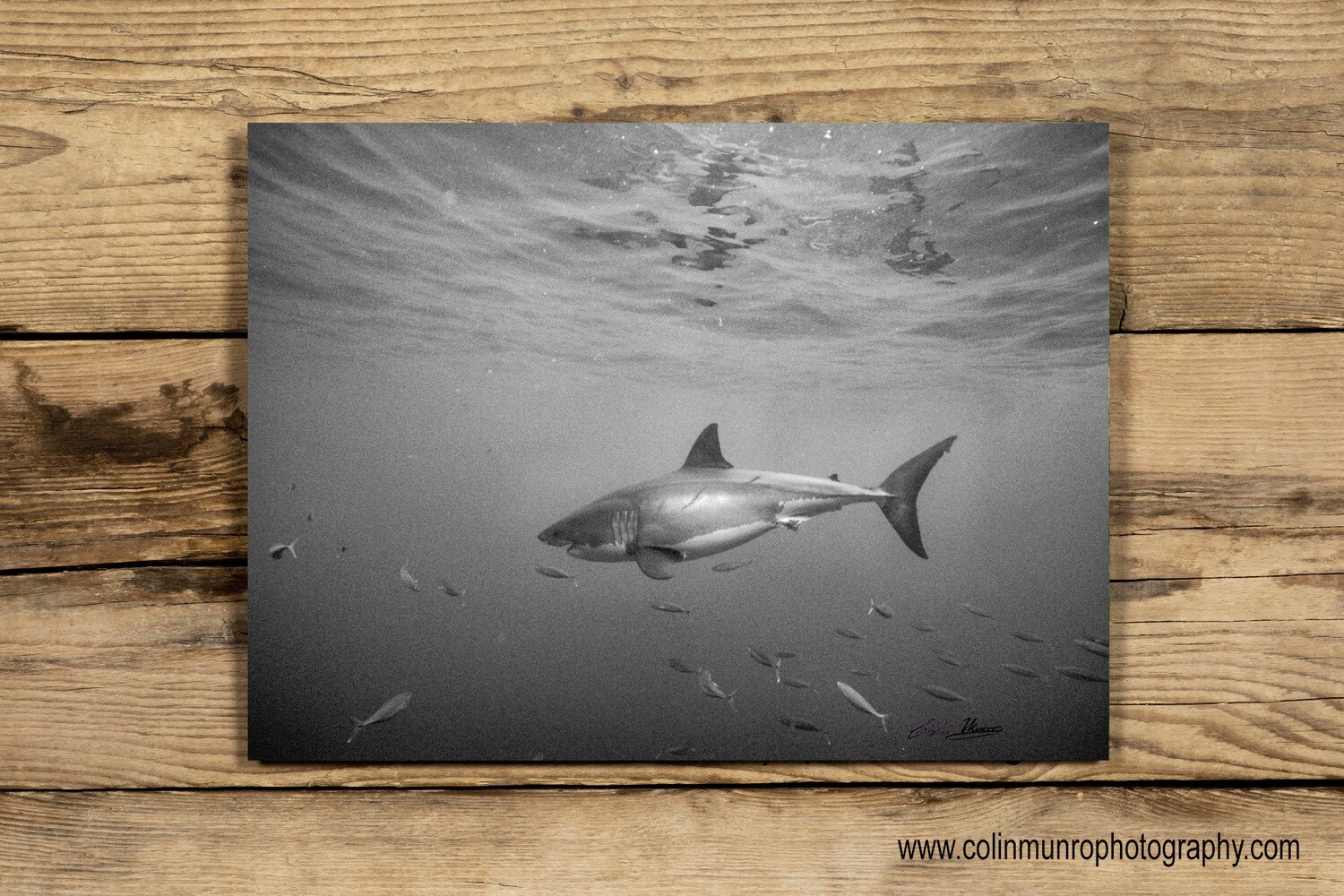 I took this photograph of a great white shark around 15 years ago, off the coast of Mexico. It was shot on film, on a Nikonos V camera with a 15mm lens. These were simple cameras but the lens quality was superb. Shot on Fuji Velvia 100 iso slide film, this is a colour image I have converted to black and white. As a film image it is important to note that this does not produce the razor-sharp, clean edges of modern digital cameras. On close inspection the film grain is clearly visible. It is, and looks like, a film image, and that is how it is intended. This look appeals to many, but not all. Having worked with film for many decades, I have great fondness for such images, and the 'filmic look'. The third image shows a close-up, showing what the image looks like at 100% magnification and close-up inspection, where one can clearly see the grain.

The leisurely, almost serene, way a great white swims for most of the time belies the sudden, explosive speed they can turn on without warning. An apex predator, they are a vital part of the ocean's food chain.