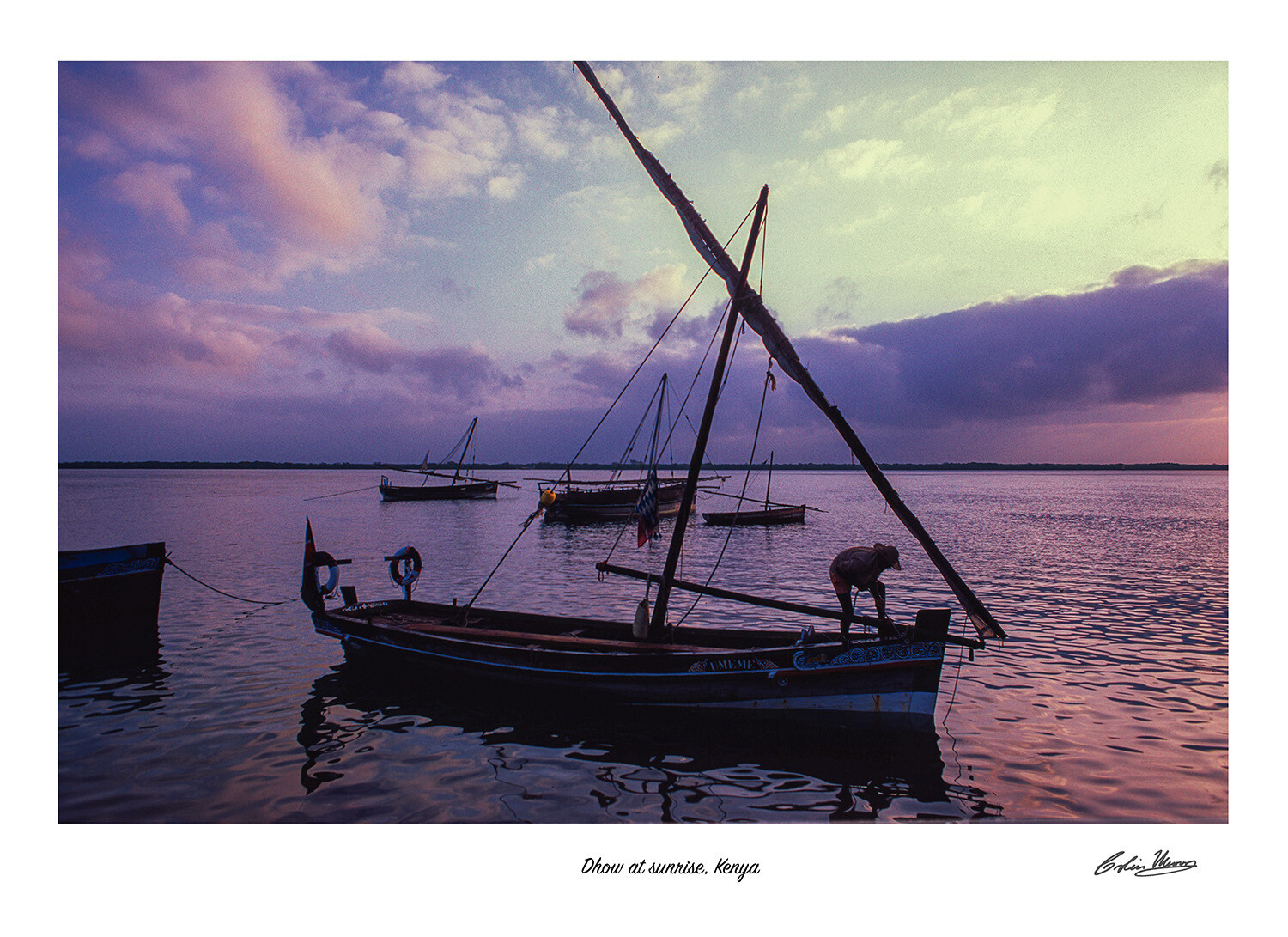 The skipper of small dhow hauls anchor as the sun starts to colour the early morning sky. I took this photograph in the mid-1990s, at the mouth of a creek along the kenyan coast. Smaller dhows, or mashua as they are known is Swahili, are vessels mostly using for fishing and carrying cargo in coastal waters. For over a thousand years similar boats have plied the coast of East Africa, from Somalia to Mozambique. I shot this image on Fuji velvia 100 iso slide film. The camera was a Nikon F3, arguably the best professional SLR camera of its time. Some years later I scanned the slide image, using a dedicated Minolta Dimage slide scanner, producing a 42 megapixel digital image. It's important to note that film does not produce the razor-sharp, clean edges of modern digital cameras. On close inspection the film grain is clearly visible. It is, and looks like, a film image, and that is how it is intended. This look appeals to many, it is the look of that era, but not to all. Having worked with film for many decades, I personally have great fondness for such images, and the 'filmic look'.

Compared to most high street printers, who print at 360 dpi with 2 passes (no. of times a print head passes over an area), these giclee prints are created at 1440 dpi, with 8 passes. The archival pigment prints are profiled for accurate colour reproduction. Using state-of-the-art print software, prints are sharp, detailed, and vibrant. The colour gamut is maximised for every paper offered, and captures open shadow detail, true blues and natural skin tones for every image. 3-level black ink technology means better grey balance, impressive mid-tones, and no colour casts, for true black and white reproduction.

The print is available in 3 sizes: 11.6 x 16, 16 x 22 and 20 x 27.5 inches. Note: this is the actually size of the entire print. The photograph has a white border, 1 inch top and sides and approximately 1.5 inches at the bottom, so the image is correspondingly smaller.

This is my handwritten signature, digitally added to this print.