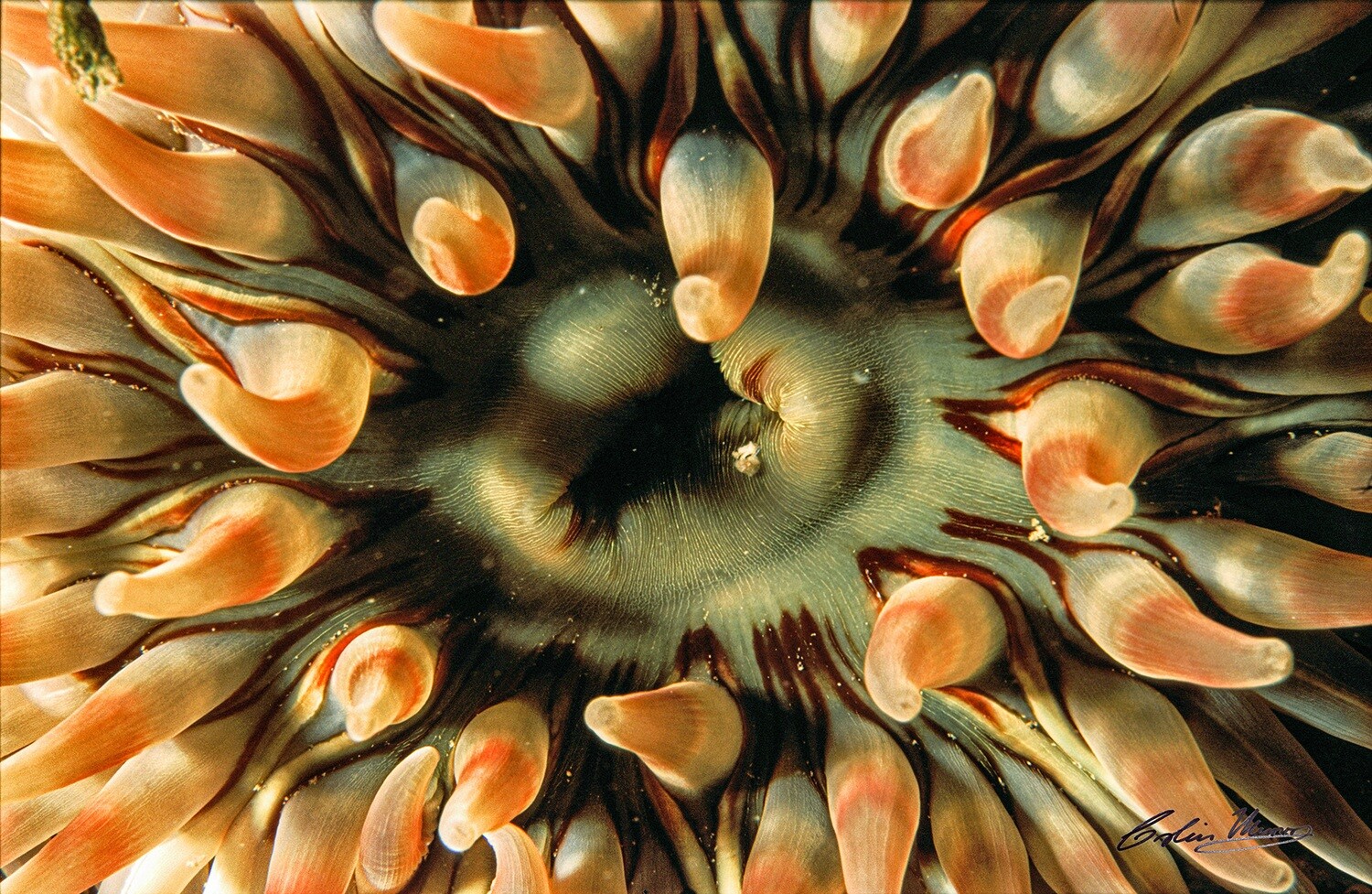 I took this photograph almost 20 years ago now. The image was captured on Fuji Velvia 50 ISO film, famous for its rich colours and fine detail. The camera I used was even older. It was a Nikonos III, a fully mechanical camera, only slightly updated from the Calypso/Nikonos I invented by Jean de Wouters and Jacques Cousteau some 60 years ago. There were no electronic aids, not even a light meter, so every variable had to be manually calculated, which was one of the challenges and pleasures of underwater photography then. The detail in this image still compares well to the latest digital SLR cameras. The picture itself was taken in a small bay in Plymouth Sound, SW England. In the evenings I would go diving there on my own after work. I got to know every gully and every rock outcrop in that bay. Dahlia anemones are sit-and-wait predators that tuck themselves into crevices just where rock meets the gravelly seabed, waiting for an unsuspecting prawn or small fish to venture too close. As the sun set I would clamber out and drag by diving and camera gear up the steep slope back to my car for the long drive home.

Save this product for later