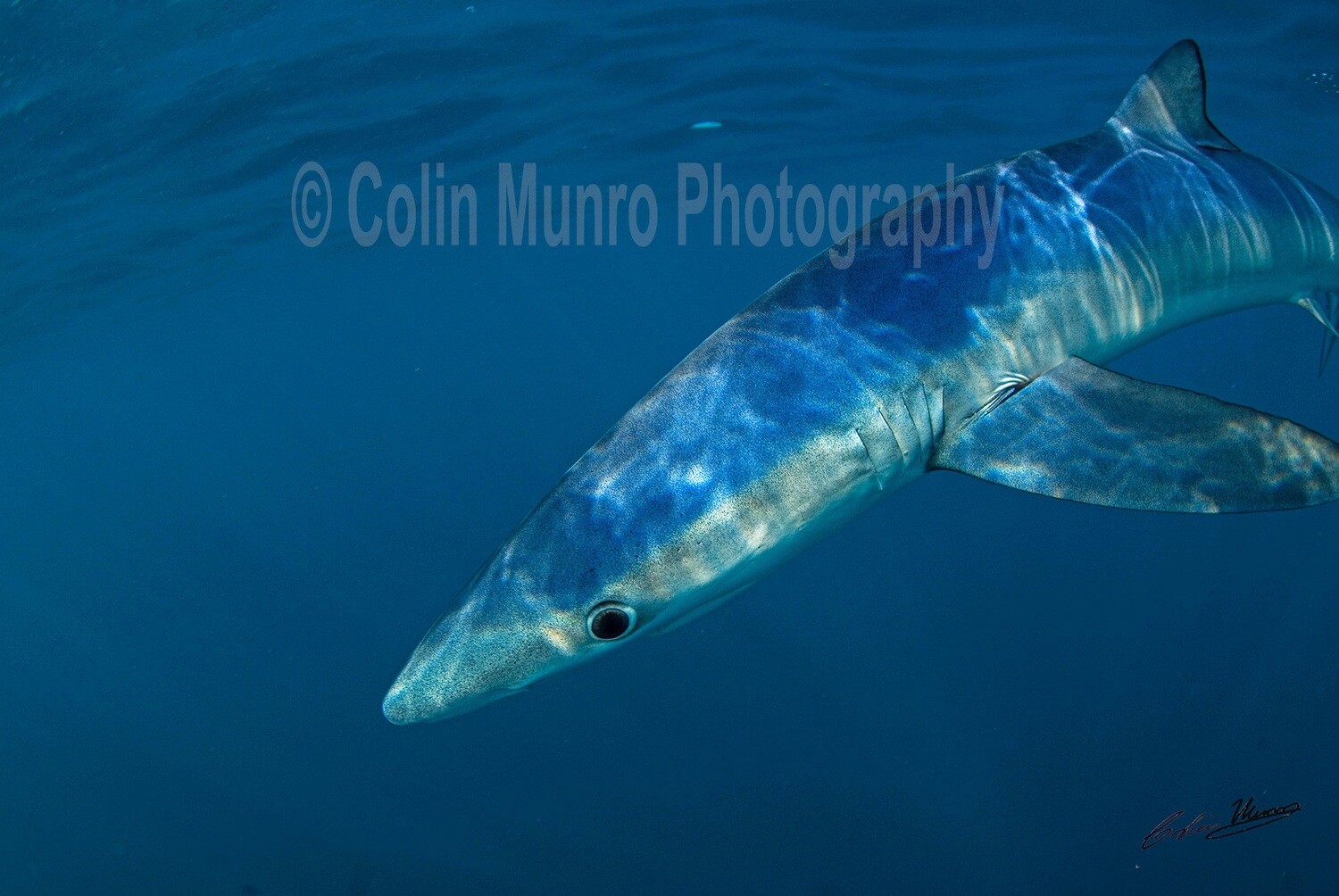 On a clear July morning I stumbled out of my bunk (I was living on a boat at the time) at 5.30am, forced out my the insistent buzzing of my phone alarm. One hour, and one strong coffee later, I squeezed my dive bag into the back of a friend's car and we were off. We had over a hundred miles to cover, to get to the far tip of Cornwall, and a boat to catch.

This is a picture I took, a few years back, of a female blue shark swimming close to the surface off Southwest Cornwall, UK. Each year blue sharks arrive off the coast of Southwest Britain, normally sometime in mid-June and remaining until mid-October. Blues are true oceanic sharks; they inhabit deep water, only infrequently venturing on to shallower, continental shelf waters. They are found in tropical and temperate oceans around the globe. However, in the tropics they tend to stay in deeper, cooler water but are often observed in surface waters in temperate seas. They feed on fast moving prey such as squid and schooling fish. Much of their feeding appears to be done in deeper waters.

This is an excerpt from the blog I wrote about this trip:

The reduced light levels made focussing a little trickier, and when a blue shark came fast out of the expanse of blue water, the camera would struggle to pick up contrast and focus quickly. I fiddled with the settings, pre-focussed using my colleagues as targets, fired off test shots and again readjusted my settings. All the time keeping looking around me. A RIB, with its large surface area above the water, will drift with wind and tide, but a swimmer, around 90% below the water’s surface, will drift with the tide alone. So as I floated I was aware that the distance between was growing. This was not a concern; conditions were perfect and I knew Charles would be fully aware of our positions. On the contrary, it gave me space around me. As I drifted I also became aware that one of the sharks had become interested in me, and was moving with me, not steadily but zig-zagging. It would pass close, then swim off , to turn and pass close again.

You can read the full blog here.