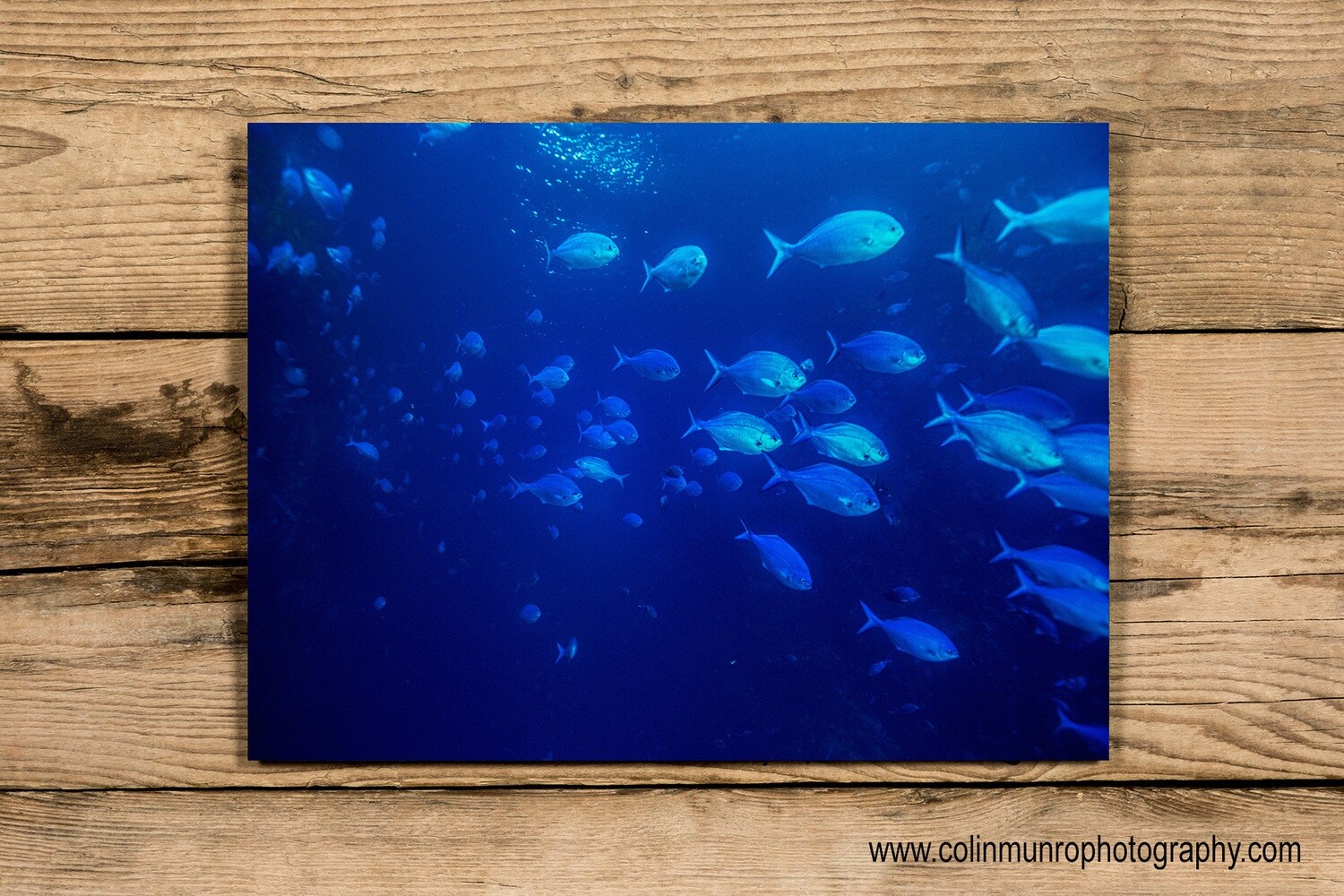 I took this shot photograph of a school of blue maomao on a visit to the Poor Knights Marine Reserve in January of 2020. The location was the famous Blue Maomao Arch, a vertical, current swept, slot, about 20 metres deep, that teems with marine life. Jacques Cousteau rated the Poor Knights Islands as amongst the top ten dive sites in the World, and he was no doubt thinking about Blue Maumau Arch, as this is the top site within the islands group. The arch is named because of the large numbers of blue maomao that are often encountered feeding within the arch. World famous, this is a place I had wanted to dive for over 30 years. I finally had the chance when I found myself in New Zealand with a little free time in hand. In fact I made two separate trips in January 2020, both equally spectacular. This is a place I would not hesitate to return to.

The seas around the Poor Knights Islands were declared New Zealand’s 2nd Marine Reserve in 1981 because of the prolific and diverse marine life found there. The islands themselves are also a nature reserve, in part because of the 200,000 or so pairs of Buller’s shearwaters that nest there.

Save this product for later